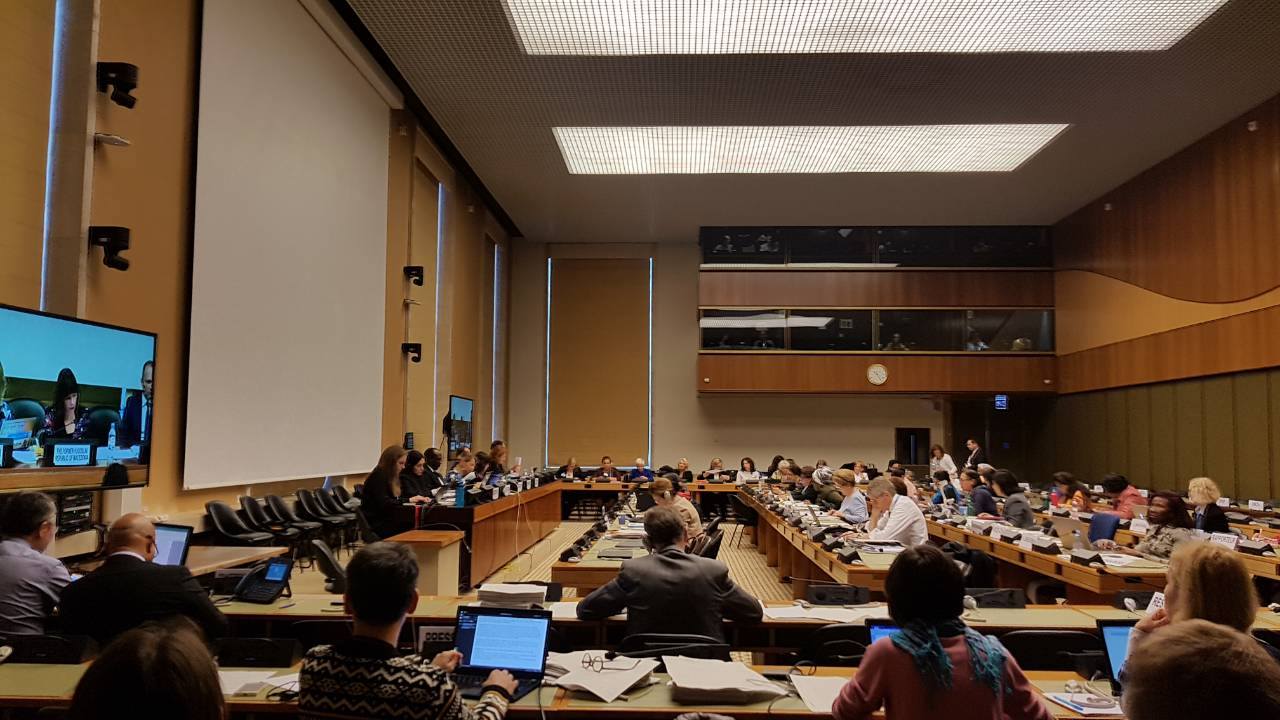 Women, sexual and gender minorities in Macedonia are discriminated in all segments of life and their rights are not respected. This is the main message that Macedonian CSOs have conveyed in Geneva to the United Nations Committee on Monitoring of the implementation of the Convention on the Elimination of All Forms of Discrimination against Women (CEDAW) by the Republic of Macedonia.

Representatives of civil society organizations from Macedonia stated in front of the Committee that from 2008 to 2016, 70 women were killed in the country, out of which 51 were victims of femicide, i.e killed only because they were women, and 80% of them were killed by an intimate partner. They emphasized that the state had failed to provide protection to victims of gender-based violence.

Access to health care and services for women remains limited, especially access to safe and legal abortion and contraception. The position of women in the labor market is more than alarming. “In Macedonia, 65% of the inactive population in the labor market are women, which is largely due to unpaid domestic work of women. Of particular concern is the situation of textile workers who face continuous violations of their labor rights and their dignity“stated the CSOs.

A representative from the sex workers’ organization, also addressed the Committee, and noted that 68% of the sex workers are victims of violence because of their work and face limited access to health care, social services and legal protection. Following the departure of the Global Fund from Macedonia and the cut in financing of HIV prevention programs among sex workers, the state does not provide legal aid to sex workers and free gynecological services, which affects their sexual and reproductive health and rights.

Lesbian, bisexual and transgender (LBT) people are still on the margins of our society. Representatives stated that: “The state has failed to investigate hate crimes and hate speech directed at LBT people and this has contributed to the increase in violence. LBT people in Macedonia do not trust the institutions and very rarely report violence or discrimination, and those who have reported were further discriminated against by officials.” It was also pointed out that young LBT people experience daily peer violence because of their sexual orientation or gender identity.

Roma women face multiple discrimination, both as women and as Roma women, with limited access to the rights guaranteed by the Convention. Addtionally worrying is the fact that there are still Roma women unregistered in the Birth register, which are without regulated civil status and residence, and do not have valid personal documentation. “We are particularly affected by limited access to education, employment and self-employment, adequate housing and quality health care, especially in the area of ​​reproductive health.” – stated the representatives present at the session of the Committee.

Women from rural areas are invisible and forgotten by the state. Social exclusion, unemployment, gender discrimination, unequal distribution of resources, traditional norms, unfulfilled right to ownership of agricultural property and maternity leave, limited access to education, information, health and social services, was highlighted by the CSOs in front of the Committee.