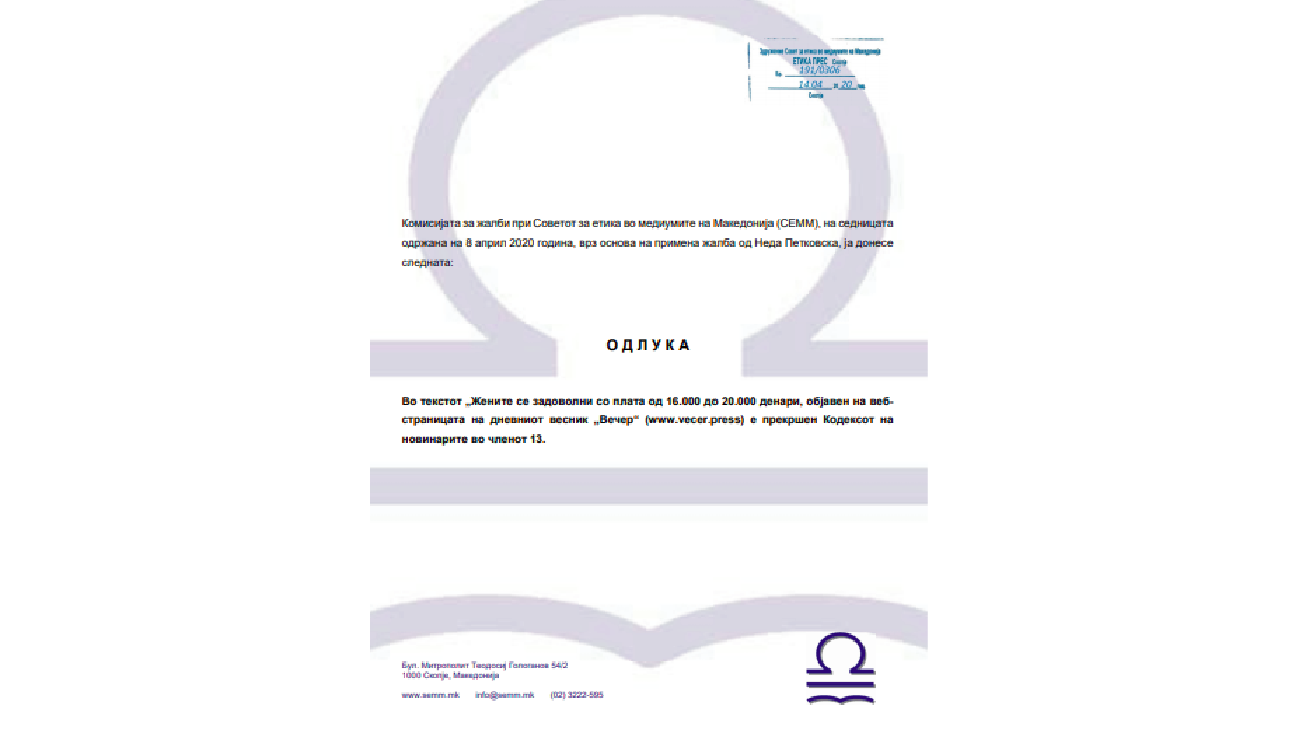 We welcome the positive decision made by the Council for Media Ethics of Macedonia (CMEM), on April 8, regarding our appeal for the article “Women are satisfied with a salary of 16,000 to 20,000 denars”, published on the website of the daily newspaper “Vecer”, on March 6 this year.

With the decision, CMEM determined that the Article 13 of the Code of Journalists, according to which the journalist should distinguish facts and opinions, news and commentary, has been violated.

The complaint emphasized the mix of facts and opinions, news and commentary, as well as the biased misinterpretation of available data, which contributes to creating a partial picture of gender inequalities in the Republic of North Macedonia.

Namely, despite the fact that the mentioned journalistic piece draws facts and data from the research of the State Statistical Office (SSO), published on the occasion of March 8, titled: “Women through numbers”, without obvious intention to discriminate or disparage women, with the way these data are presented and interpreted, the text is stereotyping and further rationalizes gender inequalities. Unfortunately, the text fails to make a deeper analysis of why a certain category of women are forced to accept to work for a lower salary and even in the title equates the terms “would accept” and “satisfied” imposing the conclusion that women who work in precarious conditions are satisfied with the disenfranchised position in which they find themselves.

Contextualizing data is extremely important in order to present the real state of gender equality in our country. Taking into account the important role of the media in informing the public and breaking stereotypes, we stress that consultations with organizations and individuals who have knowledge and expertise are crucial in order to prevent such situations in the future, and for that purpose we are at the disposal of the media for support and information when reporting on gender equality issues.