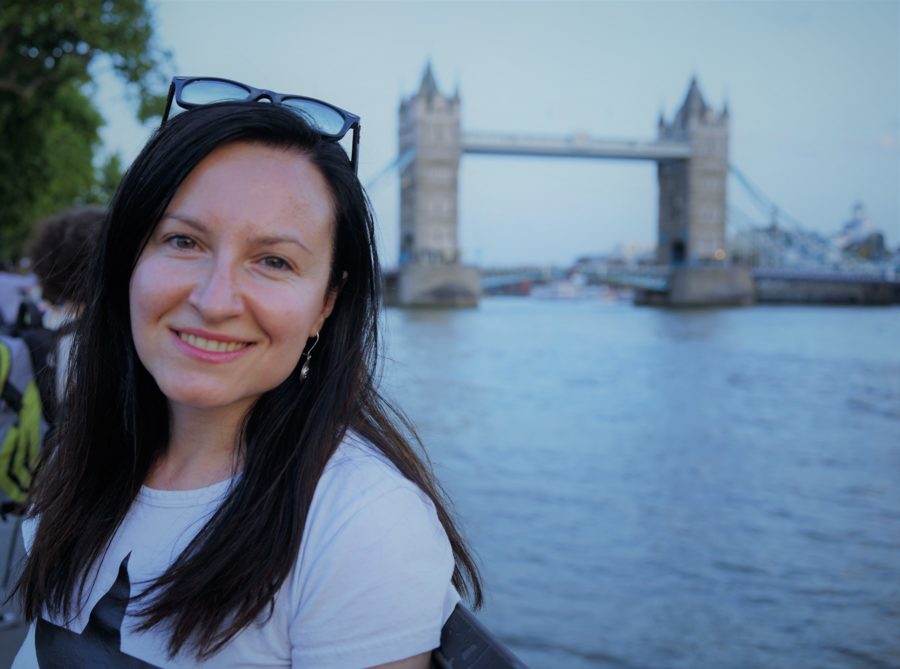 Changing the statistics by raising awareness: as part of the global conversations in these #16DaysofActivism to raise awareness to end the gender based violence, we have asked Marija Bashevska, gender equality advocate to tell us what kind of effort is needed to end violence against women. Marija is currently president of the think-tank Reactor-Reasearh in Action in Macedonia. She is a former Chevening scholar, holding MA in Gender and Development at University of Sussex 2-16/2-17.

“Almost every woman in the world has experienced some form of gender-based violence throughout her life. Different forms of violence towards women and girls have been and still are normalised, tolerated and even encouraged as a way of demonstrating power, as a way of sustaining the power relations embedded in the family relations, social, economic, cultural and political spheres which shape the gender norms and affect women’s lives and position in societies. Violence experienced by women and girls operates both on a personal level, and on structural, institutional level, through legislation, procedures, practices produced by the state institutions. There are still many countries in the world which do not even recognise all forms of gender-based violence in their legislation like it is the case of Macedonia.

There is no systemic approach in the support of victims of gender-based violence. The key institutions that are often first instances for help (like the police) often do not recognise the forms of violence and fail to protect the victims, there is a lack of fully functional and equipped shelter centers for victims, the juridical system and justice is often blind to cases of violence against women, and perpetrators are tolerated and often no work is done with them for preventing further violent behavior. These are often the reasons why women and girls victim of violence silence themselves and do not report their cases, they try to protect themselves from further perpetuation of violence or even more devastating consequences which might end fatally.

Local and global feminist movements and campaigns such as #MeToo are crucial, together with the pressure on an institutional level, and the education and work on the ground in transforming power relations, gender norms and dismantling toxic masculinity. 16 days of activism is the symbolic marking of the continuous, everyday struggle for a world without violence against women and girls. Join this struggle in every possible way you can, by listening women and girls around you, by informing yourselves for the different forms of gender-based violence and reflecting on your own personal behavior, by supporting victims, by advocating for institutional and legislation changes, by supporting causes in your communities, by raising awareness.”