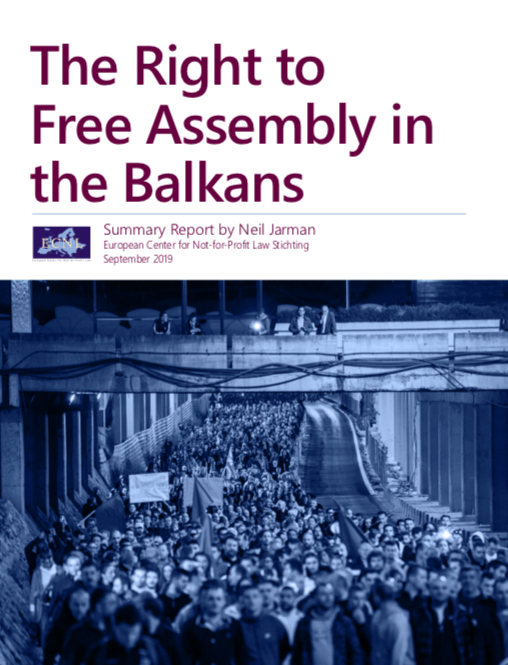 The rights to assemble, demonstrate, protest and gather together in public space, are cen- tral elements of a democratic society and a means of citizens (and others) to collectively express their views, contribute to social, cul- tural and political discourse, and hold the authorities to account. In recent years there have been numerous high profile cycles of as- semblies across the Balkan region including protests throughout Bosnia and Herzegovina during 2015; protest about the government in Bulgaria in 2013 and 2014; protests for fair elections in Montenegro in 2015; the Colour- ful Revolution in North Macedonia in 2016; and most recently the Justice for David cam- paign in Bosnia and Herzegovina in 2018 and early 2019 or the ‘One of Five Million’ protests in Serbia in 2018-2019.