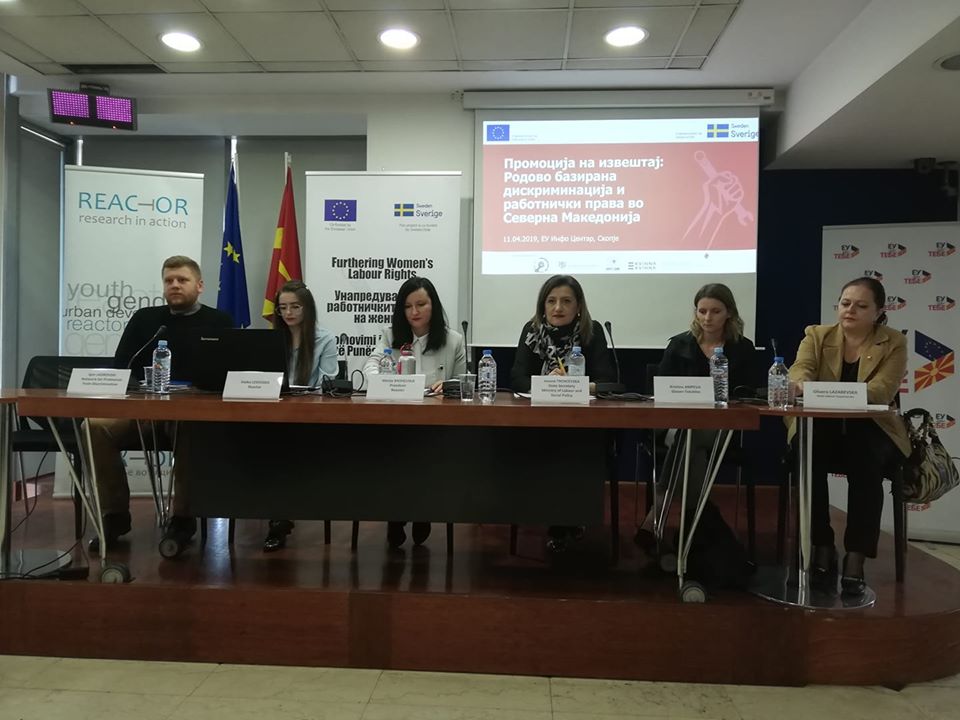 Today, April 11, at the EU Info Centre in Skopje, Reactor – Research in Action promoted the new research report on Gender Based Discrimination and Labour in North Macedonia.

The results of the survey show that gender based discrimination at work affects women more than men.

„Not to lose my job, I was forced to return to work 14 days after I gave birth.”„ At a job interview, I was told that the work they do could not be performed by women because women are less intelligent than men.”; „ In the same working position, with the same work responsibilities and the same level of education, I received 3,000 denars less than my male colleague.” – are just a few of the testimonials of female workers surveyed in the research.

The gender-based discrimination that women face at work seems fuelled by sexism and gender stereotypes, which suggest that their ‘reproductive and care roles, and domestic work’ conflict with the work environment as it is perceived as a barrier for career development and progress by the employers and managers. Pregnancy remains a risky career move and women are often forced to choose between their careers or having children – this decision sometimes is predetermined for them by employers. Just because they are women, they are penalized with lower working positions (barriers in the promotion process) and lower salaries compared to men. 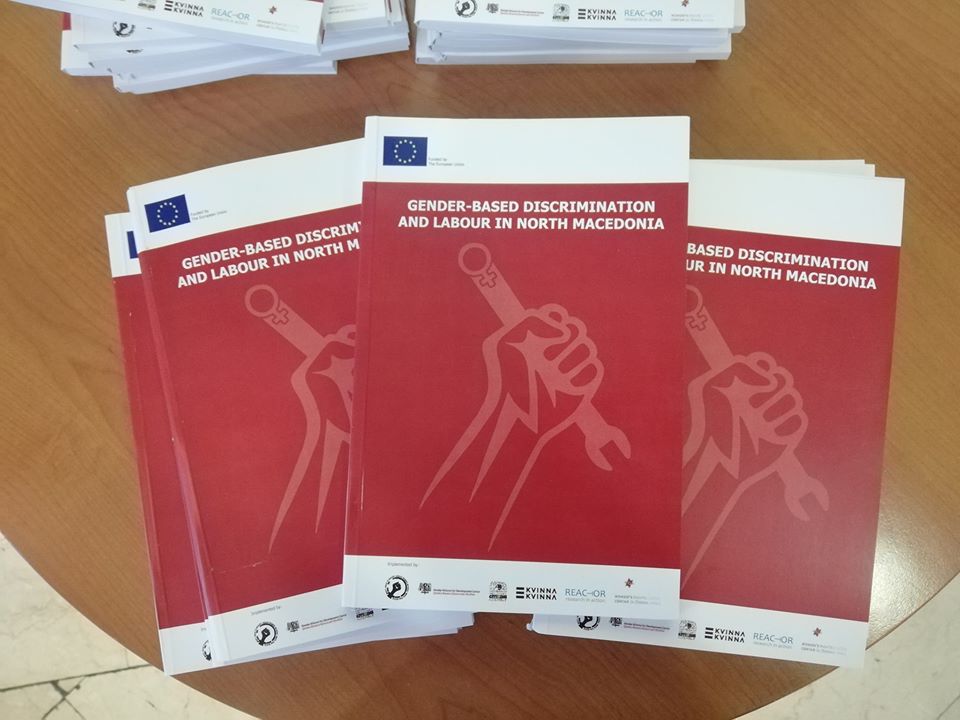 This research is part of the regional action “Furthering Women’s Labor Rights”, supported by the European Union (EU) implemented in six Western Balkan countries (North Macedonia, Serbia, Albania, Kosovo, Bosnia and Herzegovina and Montenegro). The research was done at the end of the year 2018.