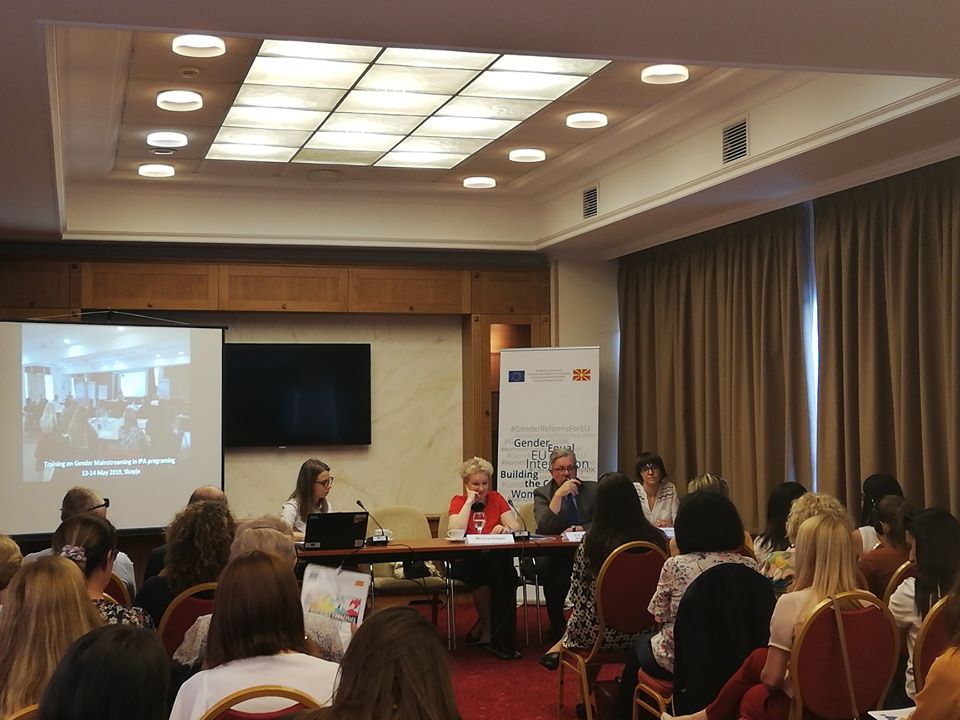 The conference was opened by Ms. Virve Vimpari, Head of Section at the EU Delegation, who welcomed women’s civil society organizations and stressed their key role in implementing gender equality policies, as well as in the process of monitoring and evaluating the implementation of the Government’s efforts on this topic.

Furthermore, the Ambassador of the Kingdom of Sweden in the Republic of Northern Macedonia, Mr. Mats Staffansson, emphasized gender equality as important for the progress of society as a whole: “Gender equality is beneficial to every segment of society and as such must be considered a priority by all stakeholders. At the same time, it is important to remember that gender equality is actually much more than just ticking boxes. It allows women and men, nationally and globally, to have the same rights, opportunities and responsibilities. “

Ms. Voskre Naumoska Ilieva, Project coordinator at the Kvinna til Kvinna Foundation, noted the progress made in the field of gender equality, but stressed the insufficient representation of women in the decision making positions: “It is crucial for gender equality that women participate in the decision making process. The focus of the project “Gender Equal EU Integration? – Building the capacity of women’s CSOs” was precisely to enable women activists, women’s rights defenders, representatives of women’s organizations, to seek and gain their place in the EU integration process.” – she added.

The conference continued with the presentations by representatives of several civil society organizations. Marija Bashevska from Reactor – Research in Action and Slagjana Josifovska from Women’s Forum Tetovo spoke about the integration of gender perspective in EU integration processes and involvement of women’s civil society organizations in decision-making processes at the national level, while Beti Toleska from KHAM Delchevo, Irina Pockova from the Women’s Initiative of Sveti Nikole and Vaska Leshoska from Reactor – Research in Action talked about the gender perspective in local policies and shared experiences and examples from their work with institutions at the local level, as well as recommendations for improvement in the area.

The event was attended by over 50 representatives of civil society organizations, public institutions and embassies.

The project “Gender Equal EU Integration? – Building the capacity of Women’s Civil Society Organizations” is funded by the European Union, represented by the Delegation of the European Union in Skopje, and is implemented within the decentralized National Program for Transitional Support and Institution Building, implemented by the General Secretariat of the Government and the Ministry of Finance.